If you’ve read Toddler Emotional Development – The Brain of a 2 Year Old and Positive Discipline for 2 Year Olds Based on Brain Science you are aware of what’s happening in your toddler’s brain. And it’s a bit of chaos. But even knowing that, you may feel like it’s not an excuse and they should be able to “control” themselves, and behave better. And if they can’t control themselves, then surely YOU need to “control” them. The question from parents that I most often hear is “My toddler misbehaves whenever I’m busy. How do I “control” them before it gets worse?” The answer is very simple. “You don’t”.

What are you trying to “control”?

Our job as parents is to set up boundaries and consequences. And also remember that consequences don’t equal punishment, and should never be punitive. The point of consequences is to either encourage or discourage a particular behavior. For example, the consequence of touching a hot stove is burning your hand. The consequence of looking where you’re going is avoiding a fall. Both are consequences of actions, just one is a positive consequence, and one is a negative one.

So, while you can attempt to “control” your children, it’s a losing battle in the end. You will eventually burn out, and your children will not have positive feelings towards you. So, should you just let your child run amok?  Absolutely not. Your job is to teach your child appropriate behavior, and to set up appropriate boundaries. So, how do you do it?

A better alternative to “parental control”

When your child is an infant (under 1 year), you really can’t set boundaries for them. But I do encourage you to give them a firm but calm “No” when they do something you don’t like. For example, if they pull your hair, throw food on the ground, keep trying to get something that you don’t want them to get. But don’t expect much adherence from them.

Now when your child becomes a toddler (between 1 and 3 years old), you can expect them to understand more, and adhere to boundaries better. The older they get, the more you can ask of them. But still keep in mind that their frontal lobe is just starting to develop, and while they may try to control themselves, they will ultimately fail. And this is why replacement behaviors are a much better strategy than any sort of punishment.

What is a replacement behavior? Simply put, it’s a more acceptable behavior to the one being exhibited. For example, you’re trying your best to cook dinner and your 2 year old decided it’s a great time to draw on the walls. Don’t they always decide to do things like that when you’re busy? Your initial reaction is probably panic and anger. It’s so tempting to yell at your child, maybe even hit them, tell them what a bad kid they are for doing this. And now YOU are spiraling out of control, and feel that the only way to regain it is by trying to “control” your horrible, misbehaving toddler.

Instead, YOU should take a breath and think rationally. What are you going to accomplish by being aggressive towards your child? They may stop what they’re doing, but they will also now cry and be hysterical. So, now you’re both out of control. It’s not a great situation.

Here is a much better solution. Come up to your child, engage them physically (take their hand, put your hand on their shoulder, etc), make sure you have their attention, and tell them “No, this is not appropriate. We don’t draw on the walls. But I see you want to draw. Here is paper for you. This is where we draw”. And have them sit closer to you, so you can keep an eye on them. While you are not exactly “controlling” what they’re doing, you are now in “control” of the situation. And just keep in mind that you will need to repeat this many times before you child is able to draw on paper and not on walls. That comes with age and repetition. Don’t fall into the trap of thinking that just because your child knows what not to do, that they can escape the temptation. They can’t.

When you think of an appropriate consequence for your child’s behavior, try to consider their motivations. So, the imaginary 2 year old drawing on the wall is most likely just motivated by boredom and the irresistibility of a large empty canvas. The crayon and a wall are just a tempting way to have fun. It means that the consequence should be a replacement behavior with a reminder that the previous behavior was not appropriate.

But when your child is throwing everything, yelling, pulling on your favorite curtains while you’re on the phone, they are seeking your attention. And there are a few ways to deal with attention seeking behavior. If you are doing something that you can involve your child in (i.e. cooking, laundry, dishes), involve them. Use it as a teaching and connecting moment. Even if it slows you down, it will pay off in the long run.

But if you’re doing something you can’t involve them in (answering emails, chatting on the phone), explain that you are busy and can’t play at the moment. Then give them something else to do (replacement behavior). It might be wise to keep special toys for those occasions that are especially captivating. And it’s also OK to give some screen time, if you truly need them occupied.

So in a way, all those things amount to “control”. Except instead of controlling the child, you are controlling the situation. And in the meantime, you are setting boundaries and teaching your child appropriate behaviors. In the end, everyone wins. 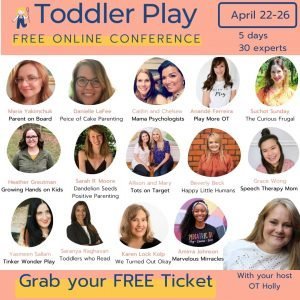 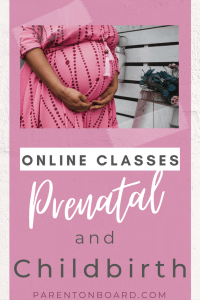